A Christmas Truce in the Forest -1944 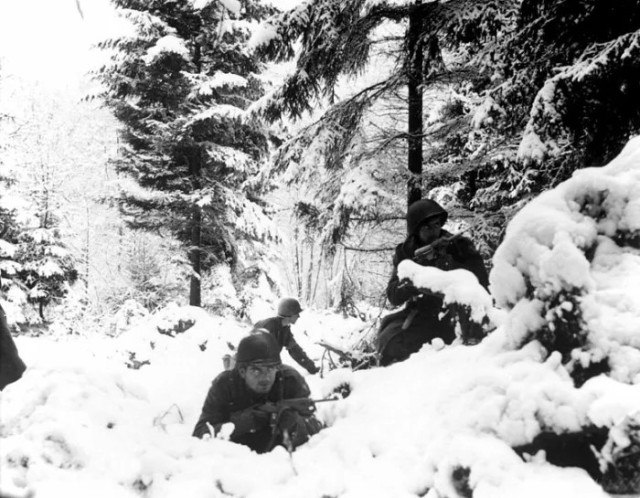 It was Christmas Eve 1944 and the last desperate German offensive of World War II raged around our tiny cabin.  When we heard the sudden knock on our door, neither Mother nor I had the slightest inkling of the quiet miracle which lay in store for us.

I was 12 then and we were living in a small cottage in the Hürtgen Forest, near the German-Belgian border.  Father had stayed at the cottage on hunting weekends before the war and when Allied bombers partly destroyed our hometown of Aachen, he sent us to live there.  Father had been ordered into the civil-defense fire guard in the border town of Monschau, four miles away.  “You’ll be safe in the woods,” he had told me. “Take care of Mother, as you are now the man of the family.” 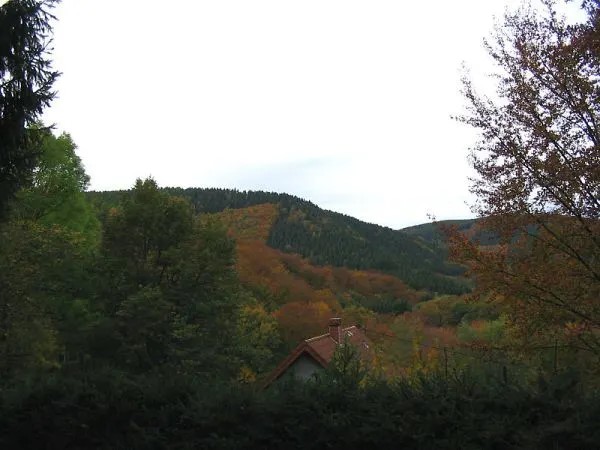 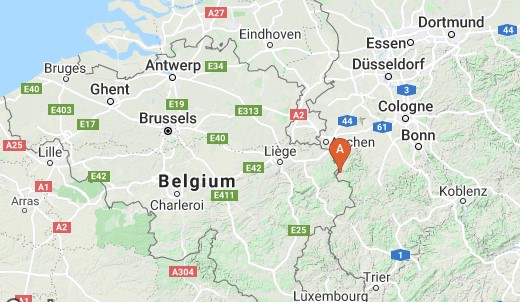 Approximate Site of the Vincken Cabin

Nine days before Christmas, Field Marshal von Rundstedt had launched the last, desperate German offensive of the war and now, as I went to the door, the Battle of the Bulge was raging all around us. We heard the incessant booming of field guns, planes soared continuously overhead, and at night, searchlights stabbed through the darkness. Thousands of Allied and German soldiers were fighting and dying nearby.

Mother stood silent, motionless, her hand on my shoulder.  As she opened the door, the men outside were armed and could have forced their entrance, yet they stood there and asked for entrance with their eyes.  A wounded man with them seemed more dead than alive. “Kommt rein,” Mother said finally. “Come in.” The soldiers carried their comrade inside and stretched him out on my bed.

None of them understood German. Mother tried French, and one of the soldiers could converse in that language.  As Mother went to look after the wounded man, she said to me, “The fingers of those two are numb. Take off their jackets and boots, and bring in a bucket of snow.” Soon I was rubbing their blue feet with that snow.

We learned the stocky, dark-haired fellow was Jim;  his friend, tall and slender, was Robin.  Harry, the wounded one, was now sleeping on my bed, his face as white as the snow outside.  They’d lost their battalion and had wandered in the forest for three days, looking for the Americans and hiding from the Germans. They hadn’t shaved, but still, without their heavy coats, they looked merely like big boys.  And that was the way Mother began to treat them.

Now Mother said to me, “Go get Hermann and bring six potatoes.” This was a serious departure from our pre-Christmas plans. Hermann was the plump rooster (named after portly Hermann Goering, Hitler’s No. 2 man, for whom Mother had little affection).  Rooster had been fattening for weeks in the hope that Father would be home for Christmas.  Some hours before, however, when it was obvious Father would not make it, Mother had decided Hermann should live a few more days, in case Father could get home for New Year’s. Now she had changed her mind again. Hermann would serve an immediate, pressing purpose.

While Jim and I helped with the cooking,  Robin took care of Harry.  He had a bullet through his upper leg and had almost bled to death. Mother tore a bedsheet into long strips for bandages.  Soon, the tempting smell of roast chicken permeated our room. I was setting the table when once again there came a knock at the door. 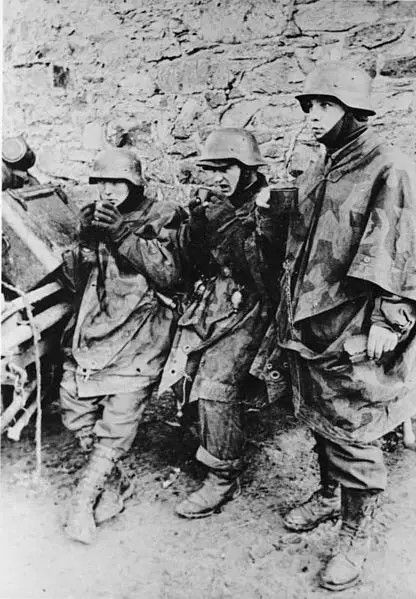 Expecting to find more lost Americans, I opened the door without hesitation.  There stood four soldiers, wearing uniforms quite familiar after five years of war. They were German Wehrmacht Armed Forces!  I was paralyzed with fear. Although still a child, I knew the harsh law that sheltering enemy soldiers constituted was high treason. We could all be shot!  Mother was frightened, too.  Her face was white, but she stepped outside and said quietly, “Fröhliche Weihnachten.”  The soldiers wished her a Merry Christmas, too.

“We have lost our regiment and would like to wait for daylight,” explained the corporal. “Can we rest here? ”  “Of course,” Mother replied with a calmness born of panic. “You can also have a fine, warm meal and eat till the pot is empty.”  The Germans smiled as they sniffed the aroma through the half-open door. “But,” Mother added firmly, “we have three other guests, whom you may not consider friends.” Now her voice was suddenly sterner than I’d ever heard it before. “This is Christmas Eve and there will be no shooting here.”

“Who’s inside?” the corporal demanded. “Amerikaner?”  Mother looked at each frost-chilled face. “Listen,” she said slowly. “You could be my sons, and so could those in there. A boy with a gunshot wound, fighting for his life.  His two friends lost like you and just as hungry and exhausted.  This one night,” she turned to the corporal and raised her voice a little, “this Christmas night, let us forget about killing.”  The corporal stared at her. There  were two or three endless seconds of silence.  Then Mother put an end to indecision. “Enough talking!” she ordered and clapped her hands sharply. “Please put your weapons here on the woodpile and hurry up before the others eat the dinner!”  Dazedly, the four soldiers placed their arms on the pile of firewood just inside the door: three carbines, a light machine gun and two bazookas.  Meanwhile, Mother was speaking French rapidly to Jim.  He said something in English, and to my amazement I saw the American boys, too, turn their weapons over to Mother.

Now, as Germans and Americans tensely rubbed elbows in the small room, Mother was really on her mettle. Never losing her smile, she tried to find a seat for everyone. We had only three chairs, but Mother’s bed was big, and on it she placed two of the newcomers side by side with Jim and Robin.  Despite the strained atmosphere, Mother went right on preparing dinner. But Hermann wasn’t going to grow any bigger and now there were four more mouths to feed. “Quick,” she whispered to me, “get more potatoes and some oats. These boys are hungry, and a starving man is an angry one.”

While foraging in the storage room, I heard Harry moan.  When I returned, one of the Germans had put on his glasses to inspect the American’s wound. “Do you belong to the medical corps?” Mother asked him. “No,” he answered. “But I studied medicine at Heidelberg until a few months ago.” Thanks to the cold, he told the Americans in what sounded like fairly good English, Harry’s wound hadn’t become infected. “He is suffering from a severe loss of blood,” he explained to Mother. “What he needs is rest and nourishment.”

Relaxation was now beginning to replace suspicion. Even to me, all the soldiers looked very young as we sat there together. Heinz and Willi, both from Cologne, were 16.  The German corporal, at 23, was the oldest of them all. From his food bag he drew out a bottle of red wine and Heinz managed to find a loaf of rye bread.  Mother cut that in small pieces to be served with the dinner.  Half the wine, however, she put away for the wounded boy.”

Then Mother said grace and I noticed there were tears in her eyes as she said the old, familiar words, “Komm, Herr Jesus. Be our guest.”  As I looked around the table, I saw tears, too, in the eyes of the battle-weary soldiers, boys again, some from America, some from Germany, all far from home.

Just before midnight, Mother went to the doorstep and asked us to join her to look up at the Star of Bethlehem. We all stood beside her except Harry, who was sleeping.  For all of us during that moment of silence, looking at the brightest star in the heavens, the war was a distant, almost-forgotten thing. 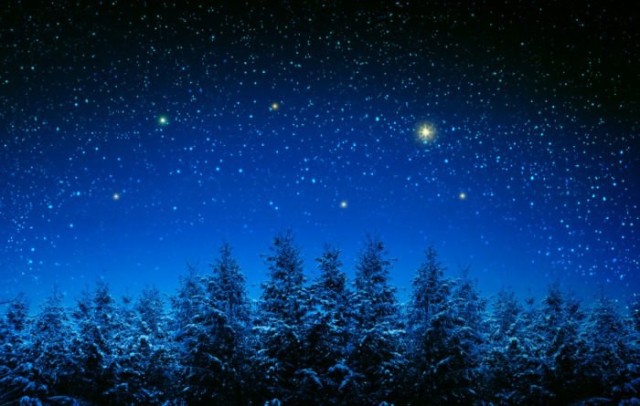 Our private armistice continued next morning.  Harry woke in the early hours, and swallowed some broth that Mother fed him.  With the dawn, it was apparent he was becoming stronger. Mother now made him an invigorating drink from our one egg, the rest of the corporal’s wine and some sugar.  Everyone else had oatmeal.  Afterward, two poles and Mother’s best tablecloth were fashioned into a stretcher for Harry. The corporal then advised the Americans how to find their way back to their lines.  Looking over Jim’s map, the corporal pointed out a stream. “Continue along this creek,” he said, “and you will find the 1st Army rebuilding its forces on its upper course.”  The medical student relayed the information in English.  Then the Corporal provided them with a compass.

“Why don’t we head for Monschau?” Jim had the student ask. “Nein!” the corporal exclaimed. “We’ve retaken Monschau.” Now Mother gave them all back their weapons. “Be careful, boys,” she said. “I want you to get home someday where you belong.  God bless you all!”  The German and American soldiers shook hands, and we watched them disappear in opposite directions.

When I returned inside, Mother had brought out the old family Bible. I glanced over her shoulder. The book was open to the Christmas story, the Birth in the Manger, and how the Wise Men came from afar bearing their gifts.  Her finger was tracing the last line from Matthew 2:12: “…they departed into their own country another way.”

This story really helped me to know why we should be kind to everyone, whether in war or not… My mom was a hero whom I admired for asking both enemies to not hate but to give love and peace.

What more profound compassion at Christmas than to enemies in the midst of war, treating each other with humanity

Fritz and his parents survived the war. His mother and father passed away in the Sixties and by then he had married and moved to Hawaii.  For years he tried to locate any of the German or American soldiers without luck, hoping to corroborate the story and see how they had fared. President Reagan heard of his story and referenced it in a 1985 speech he gave in Germany as an example of peace and reconciliation. But it wasn’t until the television program Unsolved Mysteries broadcast the story in 1995, that it was discovered that a man living in a Frederick, Maryland nursing home had been telling the same story for years. Fritz flew to Frederick in January 1996 and met with Ralph Blank, one of the American soldiers who still had the German compass and map.  Ralph told Fritz “Your mother saved my life,”  Fritz said the reunion was the high point of his life.

Fritz Vincken also managed to later contact one of the other Americans, but none of the Germans. He died in on December 8, 2002, almost 58 years to the day of the Christmas truce.  He was forever grateful that his mother got the recognition she deserved. 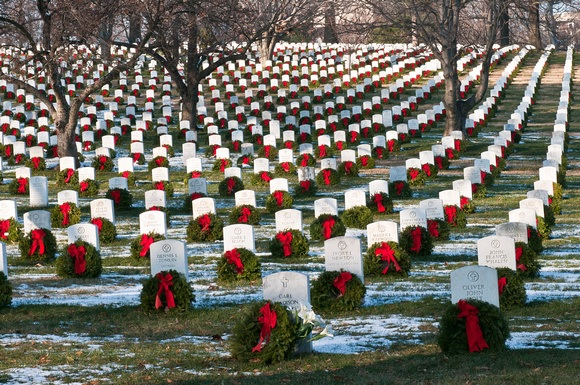 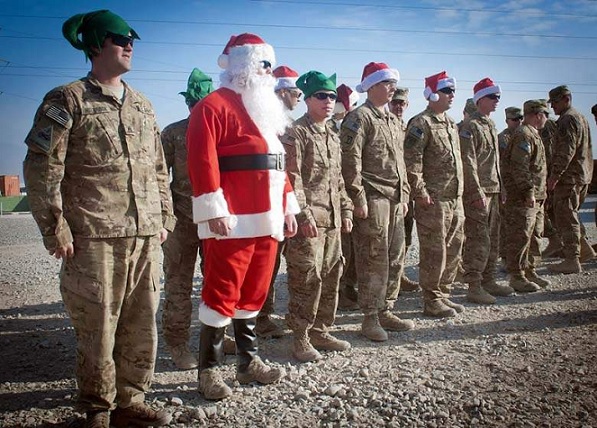 American forces, far from home, in unending service at Christmas

In Gratitude for the Service of our Military 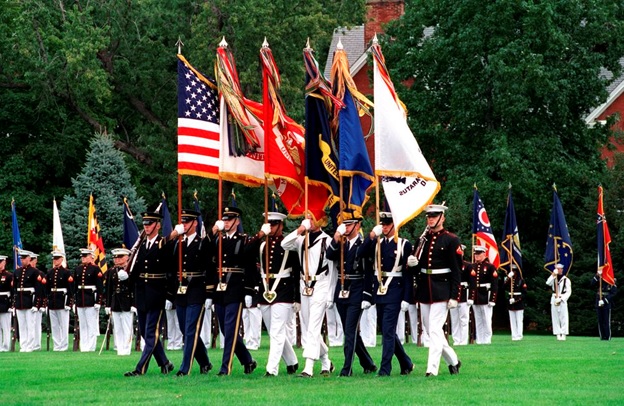 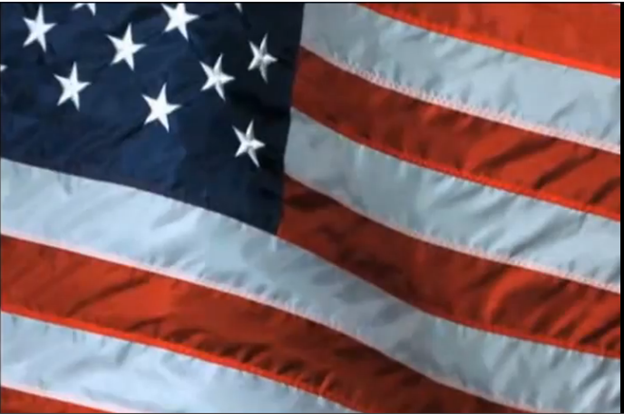 3 Responses to A Christmas Truce in the Forest -1944