In approaching the 75th Anniversary of D-Day, perhaps there is history, unbeknownst to many, on safeguards instilled for British and American paratroopers prior to 156,000 American, British and Canadian forces landing at Normandy, June 6, 1944 – along a 50-mile stretch of heavily fortified coast.

This particular defense was secretly crafted and classified by the British and also used by American forces.  “I had my pistol in one hand, my ‘cricket’ in the other… I crept along the hedgerow looking for a gate. Just as I found it, I heard a stir on the other side. I drew my pistol and got all set. Then I heard the click. That was the most pleasant sound I ever heard in the entire war.” ~ General Maxwell D. Taylor, Commander of the 101st Airborne Division.

General Maxwell D. Taylor, commander of the 101st Airborne Division claims he introduced the use of the cricket in 1944.  An order was placed with J Hudson and Co. and the factory increased production to meet the large order, producing the quantity with existing stock. Genuine examples exist in brass and nickel.  Initially, the nickel version was utilized and the remainder were made of brass.  Today the numbers that are emerging indicate that for every seven to ten brass versions found, there is one nickel version.   This most likely indicates that nickel was the minority of the order make up  and the brass version was predominant.

The crickets were used during the night of June 5th / 6th 1944 by the young men of the 101st with the intention that they should be discarded thereafter. Many of the men retained their ‘crickets’ long after the war and they have since become iconic symbols of the U.S. airborne brotherhood and indeed D-Day itself.

Manufacturers from ACME Whistles are attempting to trace the “lost clickers” of the Normandy Landings, a life-saving tool of the invasion, to mark the 75th anniversary.  The small metal device was used by troops abroad to try to determine if among friends or foes in pitch black conditions.  Every paratrooper was issued a clicker and upon being dropped into darkness on the eve of D-Day, were told to utilize if suspecting someone was near. (On the night of the invasion, only approximately 15% of paratroopers landed in the right location.) They were instructed to click once and, if heard two clicks in reply, that meant friend.   No response meant something else, Simon Topman noted.

On D-Day – June 6, 1944 – World War Two Allied forces launched a combined naval, air and land assault on Nazi-occupied France which was code-named Operation ‘Overlord’.  It marked the beginning of a long campaign to liberate north-west Europe from German occupation.  By the end of the day, the Allies had established a foothold on the Normandy beaches and could begin advancing into France.

The Managing Director at ACME Whistles said the quiet noise created by the clickers was the “original sound of D-Day” and was a hugely important tool for soldiers to find allies in unfamiliar conditions.  The ACME Whistles Birmingham-based factory was given the “top secret” task of making 7,000 clickers, six months prior to D-Day.

Paperwork and instructions regarding the task were provided and the plans swiftly rushed away to London afterward.  Because of the secrecy, the factory could not be left with even one clicker and have not seen any since dispatched to soldiers in WWII.

Mr. Topman called the clickers “vital” for soldiers’ safety.  “No one knew of their existence and no German soldiers had them.  They were to be used only in the first 24 hours of landing to stop Germans from making their own or trying to mimic them.   It was only later we discovered their purpose.”

The importance of the devices was also highlighted when the factory creating them was targeted.  The factory itself was bombed when incendiary bombs were dropped and one found its way down the lift shaft, exploding in the cellar.  Whistles were sent raining out into the streets of Birmingham and a third of the factory was demolished, but so essential were its products that it was rebuilt in just four days.

From the air — US and allied paratroopers parachuted onto the beach and deep into enemy German territory on D-Day and in support of the massive military invasion by land, sea, air. World War II combat photos

During World War II, ACME played a vital role in the war effort.  There was no commercial trade, as production was given over entirely to making whistles for the war effort and,  of course, Clickers.

Supported by The Royal British Legion and intended to meaningfully mark the 75th anniversary of the D-Day landings, ACME Whistles is now appealing to people to try to trace the historical tools.

“It would be absolutely lovely to be able to put one in our showroom maybe, even for a few weeks, and be able to say it’s here.  It’s the original sound of D-Day and the sound of history. We would love to find as many of the original Clickers as possible.”

“Perhaps your great Grandfather was a D-Day veteran and has a box of war medals where it could lie unknown?  Maybe an elderly neighbor is a widow of a D-Day veteran who doesn’t realize the significance of the unassuming Clicker?   We ask that people start seeking them out, to see if they can unearth a lost piece of sound history.”

If you believe you’re in possession of an original ACME Clicker please contact: Ben McFarlane, Ben.McFarlane@ACMEwhistles.co.uk, 0121 554 2124 or feel free to message on Instagram: @ACME_whistles.

by Allies in honoring the 75th Anniversary of D-Day 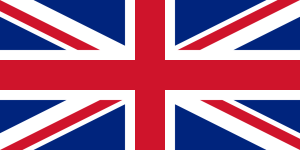