Japan’s surprise attack on Pearl Harbor was a defining moment for our country and  propelled the United States into World War II.   Millions of Americans prepared to  enlist and serve for the devastation and losses suffered.

Following an afternoon of monitoring the crisis, President Roosevelt would begin  preparing  a message for Congress.  Though drafted in haste, FDR’s words galvanized the nation with his historic speech.

With confidence in our armed forces—with the unbounding determination of our people—we will gain the inevitable triumph- so help us God.” 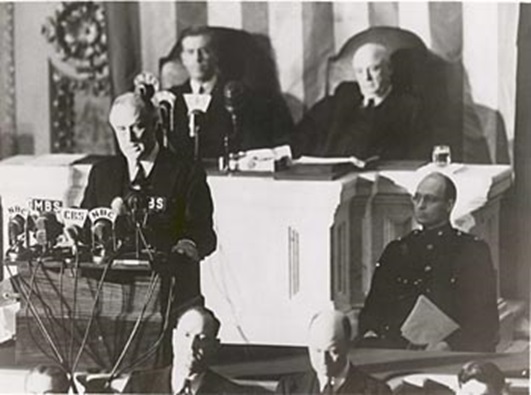 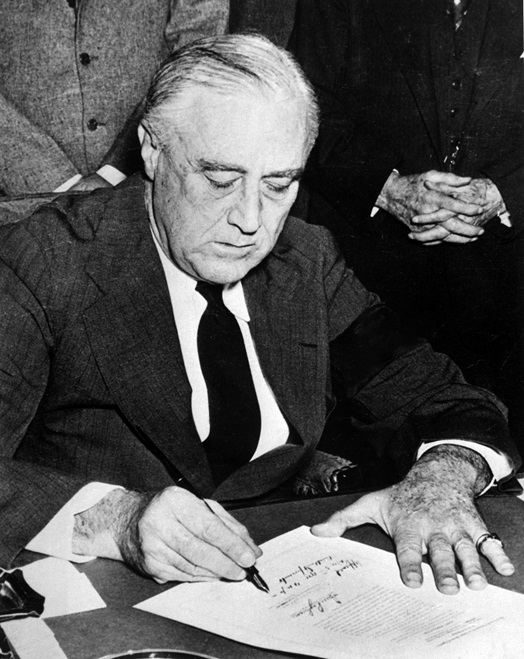 President Roosevelt signs the Declaration of War against Japan
in the wake of the attack on Pearl Harbor.
December 8, 1941
(National Archives and Records Administration)

In Service and Sacrifice

“The very soul of a nation is its heroes”