A Nation of Immigrants 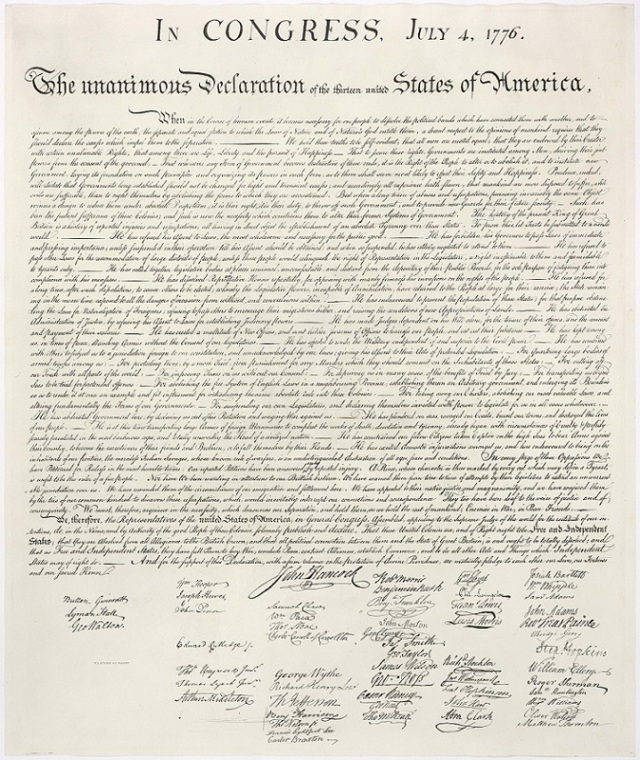 Declaration of Independence
Signed by the Continental Congress
July 4, 1776

“We hold these truths to be self-evident, that all men are created equal, that they are endowed by their Creator with certain unalienable Rights, and that among these are Life, Liberty, and the Pursuit of Happiness”

In 1886, a gift from the people of France to the United States would become a beacon of hope for immigrants to this country.  The copper statue, designed by Frédéric Auguste Bartholdi, a French sculptor, was built by Gustave Eiffel and dedicated on October 28, 1886. 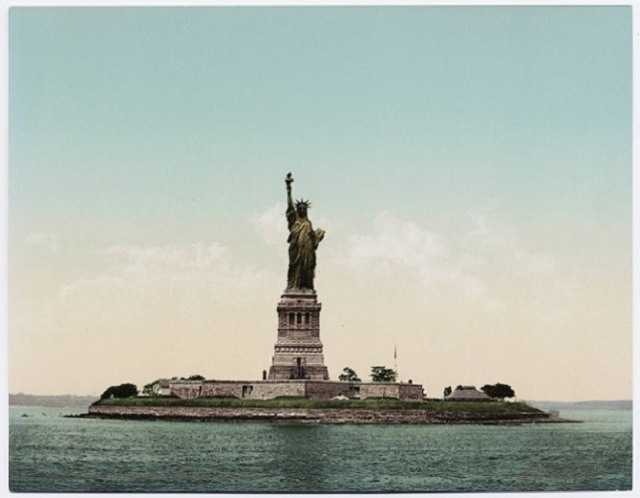 Mounted inside the base of the Statue of Liberty

“Give me your tired, your poor,
Your huddled masses yearning to breathe free,
The wretched refuse of your teeming shore.
Send these, the homeless, tempest-tost to me…”

President Grover Cleveland presided over the dedication event,  preceded by a New York City parade.  Estimates in attendance ranged from several hundred thousand to a million strong.  As the parade passed the New York Stock Exchange, traders throwing ticker-tape from the windows  would  initiate  New York’s  tradition of  the ticker-tape parade.

A nautical armada followed for the unveiling of the statue and President Cleveland’s remarks. 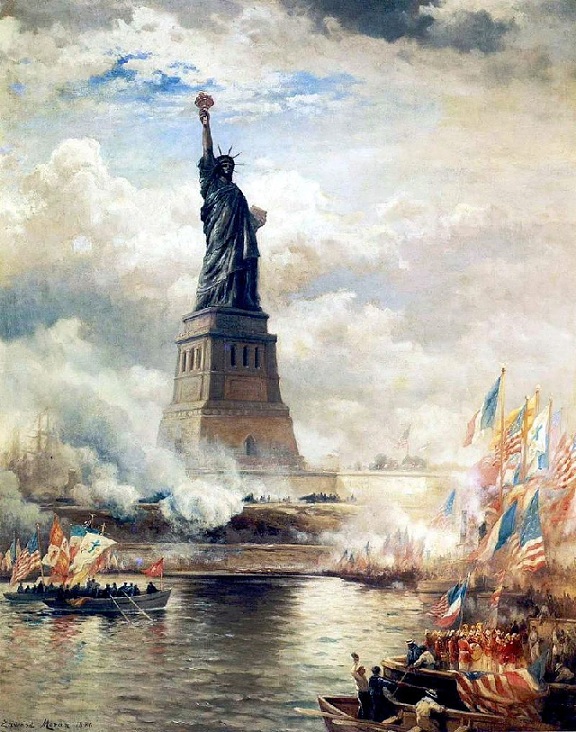 “Unveiling the Statue of Liberty 1886”
Oil on canvas by Edward Moran (1829-1901)
The J. Clarence Davies Collection
Museum of the City of New York

The United States experienced major waves of immigration during the colonial era of the 1600s, again in the early 19th century, and from the 1880s to 1920.  Many came to America seeking greater economic opportunity and religious freedom.   Others sought solace from war, famine, and oppression.

The first significant federal legislation restricting immigration was enacted in 1882. Individual states regulated  the process  prior to the dedication of Ellis Island, as the first federal immigrant station in 1892.

The present main structure was designed in French Renaissance Revival style and built of red brick with limestone trim.  When it opened on December 17, 1900, officials estimated 5,000 immigrants per day would be processed.  The facilities, however, proved barely able to handle the flood of immigrants arriving in the years just prior to World War I.  Writer Louis Adamic, arriving in America from Slovenia in 1913, described the night he and many others slept on bunk beds in a huge hall. Lacking a warm blanket, the young man “shivered, sleepless, all night, listening to snores” and dreams “in perhaps a dozen different languages.”  The facility was so large that the dining room could seat 1,000 people.

After its opening, Ellis Island was expanded with landfill and additional structures were built.  By the time it closed on November 12, 1954, twelve million immigrants had been processed by the U.S. Bureau of Immigration.   It is estimated that 10.5 million departed for points across the United States. 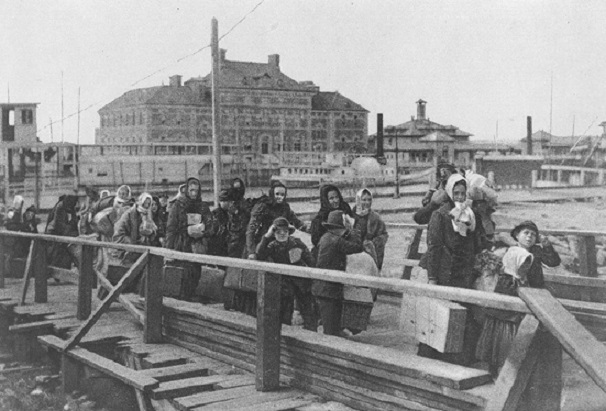 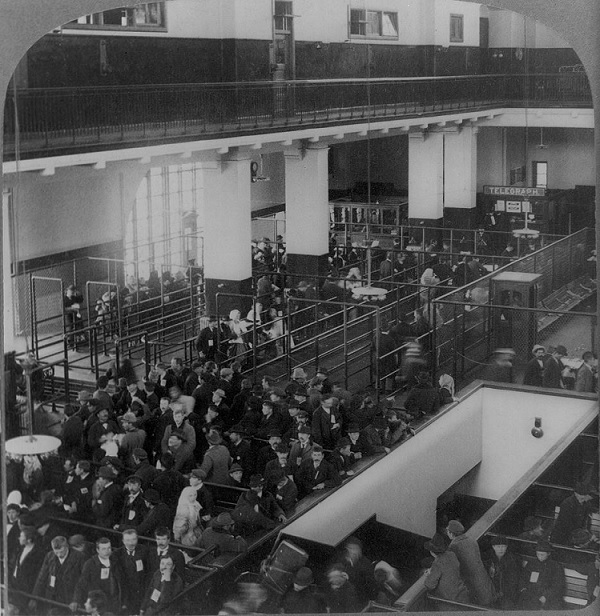 My own maternal grandparents, Carolina and Nestor Simolin, were Finnish immigrants in 1920 with two daughters, Viann (age 4) and my mother, Eva (age 2).  Nestor, a tailor from the old country, was immensely grateful for the opportunity to thrive in his chosen trade.  Settling in northern Minnesota with other Scandinavians, they lived amid the climate and landscape of their homeland in this adopted country. 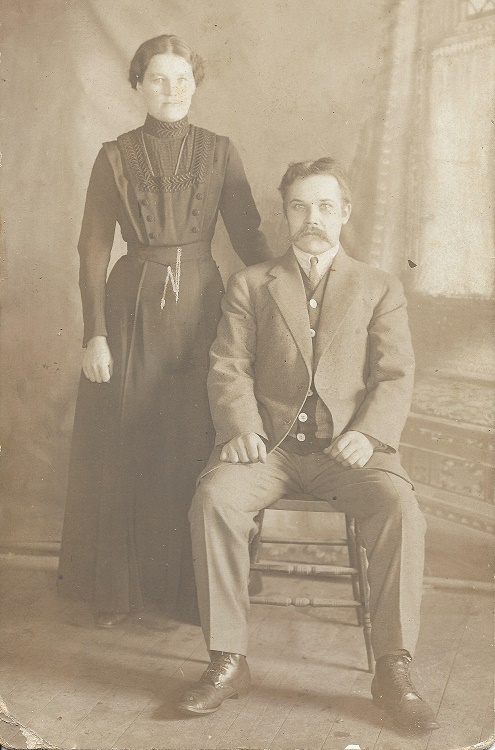 Carolina and Nestor Simolin
Finland
circa 1915

Carolina and Nestor Simolin with daughters Viann (left) and Eva, my mother
(1920)

Nestor Simolin (2nd from left) as a tailor in Chicago
1927 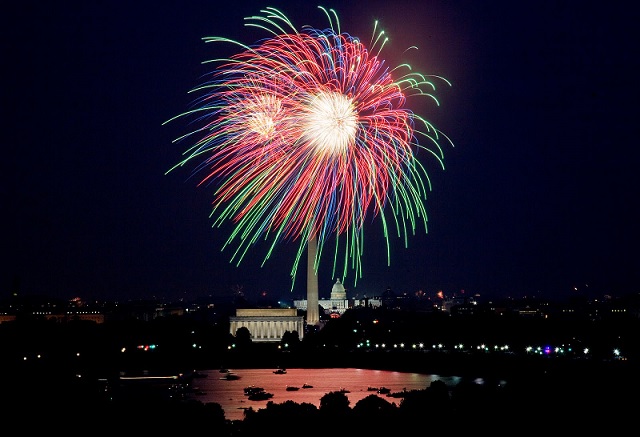 6 Responses to A Nation of Immigrants