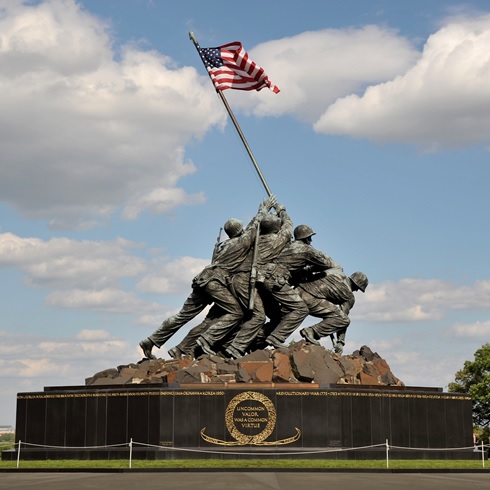 Five U.S. Marines and a Navy Corpsman raise the American flag
in the Battle of Iwo Jima

Regarded  as one of the most significant and recognizable images of WWII, three Marines depicted in the photograph would be killed in action during the next few days.   The photo was later used by Felix de Weldon to sculpt the Marine Corps War Memorial, dedicated in 1954, in honor and memory of all Marines who have given their lives for their country.

Commissioned to design the memorial in 1951, it would take three years and hundreds of assistants to complete the iconic image.  The flag-raising survivors would pose for de Weldon who would then sculpt the others from photographs. 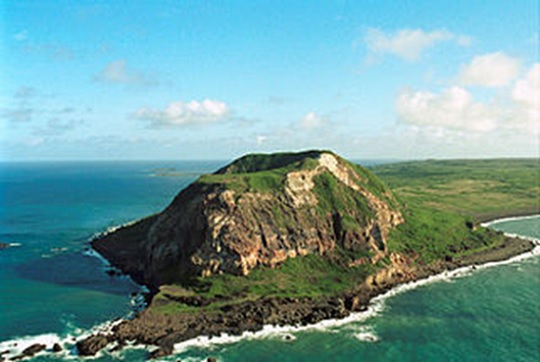 On February 19, 1945, the United States invaded Iwo Jima as part of  its strategy to defeat Japan.  Although not originally a target, the relatively swift fall of the Philippines provided a tactical opportunity prior to the planned invasion of Okinawa.   Iwo Jima was used by the Japanese to alert the  homeland of incoming American planes and was located  between Japan and the Mariana Islands, a base for long-range American bombers.  Following the capture of the island, America weakened the Japanese early warning system and provided an emergency landing strip for damaged bombers.

A volcanic  island,  Iwo Jima was heavily fortified and the invading U.S. Marines suffered high casualties.   The elevation of Mount Suribachi’s 546-foot dormant cone was a tremendous artillery vantage  point for the Japanese  against our forces – particularly the landing beaches.  As a necessity, American effort thus concentrated on isolating and capturing Suribachi, a goal achieved on February 23, 1945 with the raising of the American flag,  four days after the battle commenced.

As the first Japanese homeland-soil secured  by Americans, it had been a matter of honor for the Japanese to prevent its capture.  Despite  our success in reaching Suribachi, the battle continued to rage for 31 days until March 26.  The 35-day assault would ultimately result in more than 26,000 American casualties, including 6,800 deaths. 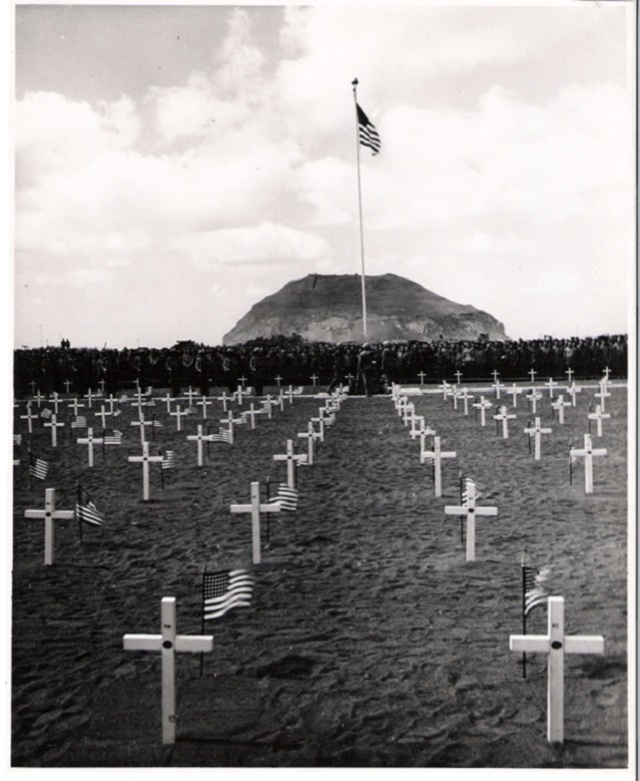 “Uncommon Valor was a Common Virtue”